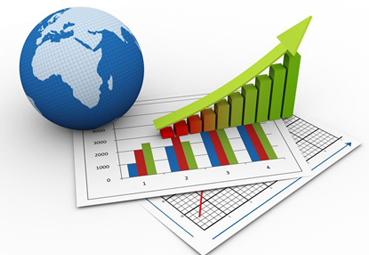 Sustainable finance is the application of the concept of sustainable development to financial activity. Therefore, sustainable finance aims to create value in the long term by directing capital towards activities that, in addition to generating economic surplus value, are also useful to society and not borne by the environmental system.

In March 2018, the European Commission published a "Sustainable Finance Action Plan", outlining the strategy and measures to be taken to establish a financial system capable of promoting development that is genuinely sustainable from an economic, social and environmental point of view, by contributing to the implementation of the Paris Agreement on climate change and the United Nations 2030 Agenda for Sustainable Development.

In implementing this Action Plan, the European Commission has proposed an EU sustainable finance strategy with a roadmap outlining future work and initiatives involving all the stakeholders in the financial system. In particular, on 24 May 2018, the European Commission adopted a set of legislative proposals. The package contains: a proposal for a regulation introducing new disclosure requirements for intermediaries on how "sustainability factors" are integrated into investment decisions and advice; a proposal for a regulation to classify eco-sustainable activities, i.e. a shared system for the classification and certification of products and services considered sustainable and capable of reducing the risk of unfair practices (green washing); a proposal to amend Regulation (EU) 2016/1011 introducing two new benchmarks taking into account certain aspects of environmental sustainability; draft amendments to delegated acts adopted for the implementation of MiFID II (Directive 2014/65/EU) and IDD (Directive (EU) 2016/97), which require intermediaries to compulsorily take account of customer preferences for ESG factors in the provision of investment services and the distribution of IBIPs, including in relation to the suitability assessment.

The EU Regulation 2020/852 of the Parliament and of the Council of 18 June 2020 on the establishment of a framework favorable to sustainable investments (the so-called Taxonomy Regulation) was also approved. The procedure for defining the delegated acts of the EU Commission is underway. The proposal for a regulation containing targeted and timely amendments to the delegated regulations implementing MIFID II and IDD for the integration of ESG factors in the area of customer disclosure and suitability assessment is awaiting publication in the Official Journal of the European Union.

At the same time, in addition to the measures described above, the European Commission deemed it appropriate to incorporate the reference to ESG risks and sustainability factors in the processes and decisions of operators subject to UCITS, AIFMD, MiFID II, IDD and Solvency II. In this regard, on 30 April 2019, the ESMA published two pieces of technical advice, one on integrating sustainable finance into the MiFID II framework on investment services, the other on the UCITS and AIFM frameworks, which are necessary to amend the relevant delegated acts.

Furthermore, with reference to "short-termism" and in the context of Action no. 10 of the 2018 Action Plan, the European Commission announced, with an inception impact assessment published on 30 July 2020, its intention to propose at the beginning of 2021 a regulatory intervention on the duties of directors. A public consultation on the subject is currently underway.

The Directive on non-financial information is also under review: a public consultation was held on the subject, which will be followed by the adoption of a legislative proposal.

Finally, on 11 December 2019 the European Commission adopted the European Green Deal, a "strategy" consisting of a series of measures - including in particular new legislation and investments - to make energy production and the way of life of European citizens more sustainable and less harmful to the environment. As a follow-up to this intervention, the Commission concluded on 15 July 2020 a public consultation on a document on the Renewed European strategy on sustainable finance.